skip to main | skip to sidebar

A Perfect Place with a Bit of History

Just north of Glen Arbor, Mi there is a barn on M22 that,
for whatever reason, I am drawn to. It stands all alone in the middle of a field about 50 yards from the road. I am not sure how old it is or what the history is but it has always intrigued me. It is simple and rustic and.....beautiful!
So, one night my mom, daughter and I took a drive to take some pictures of the barn. 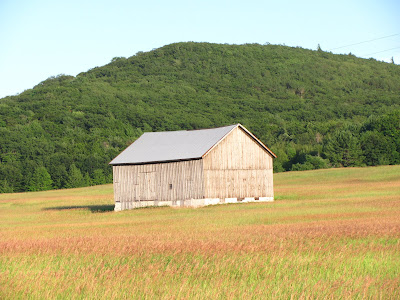 The sun was starting to go down and it looked so beautiful on the field and barn. 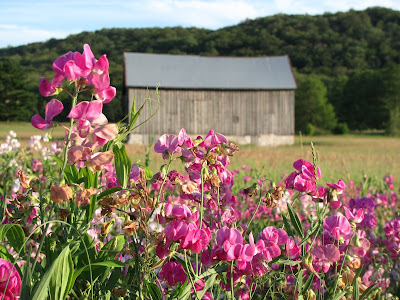 Sweet Peas lined the road and I thought that taking a picture through them of the barn would be pretty. 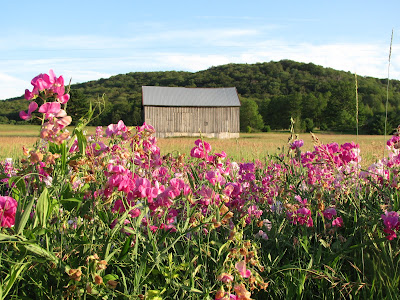 On our way to the barn my mom mentioned that she could take me to see her long time friend's house and property that she often tells me about.
Laura Lee owns her family's house and land in a small area called Port Oneida.
In 1846 a German immigrant built a cabin and worked as a fisherman until 1842 when the government opened up the land for settlement. He then purchased over 200 acres of the land and eventually built a house on what is now called Sleeping Bear Dunes Bluffs which over looks Lake Michigan. Over time the population grew and eventually became a port for the foresting industry. Port Oneida was named after one of the first steamships to stop there. Laura Lee's family eventually purchased a large portion of land, to which she still owns a part of. The area still has a schoolhouse, pig barn, cemetery and a few other barns that the National Park Service owns and are slowly starting to restore. 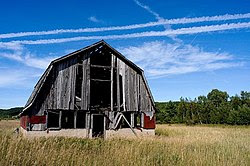 This is the Barrett pig barn. While we were there, they were putting a new roof on as part of the restoration. 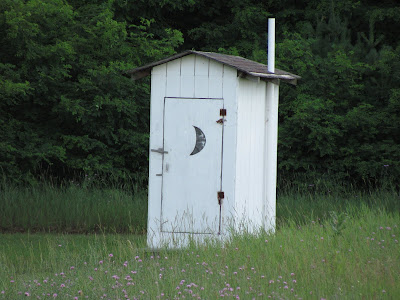 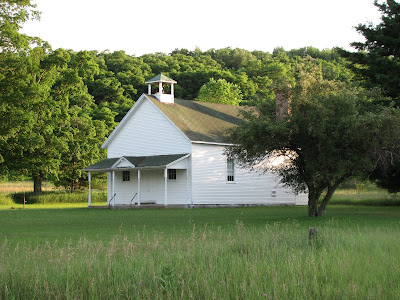 The school house and outhouse still remain on the property. (I love the moon on the out house)
We continued to drive up the dirt road until we came to Laura Lee's place. 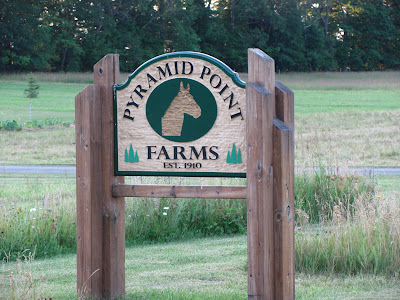 Pyramid Point was the name of the little area that was first settled on.
Laura Lee was kind enough to let us wander the property and take pictures of her garden and breath-taking view of Lake Michigan. 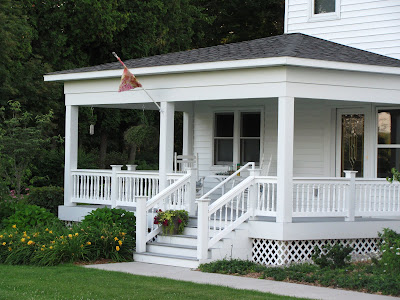 There beautiful front porch was an addition. 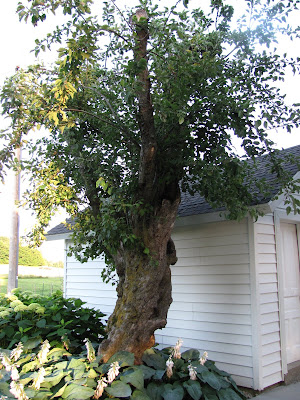 This fruit-bearing tree is over 100 years old and still bears a few pieces of fruit. 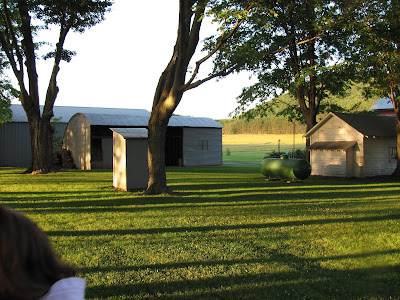 As you walk around the side and back of the house there are still buildings that were part of the original farm. 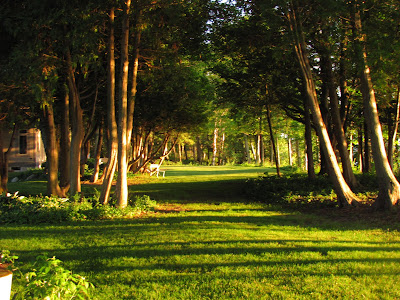 Her brother lives next to her and you can see the beautiful yard that they share that opens up to this.... 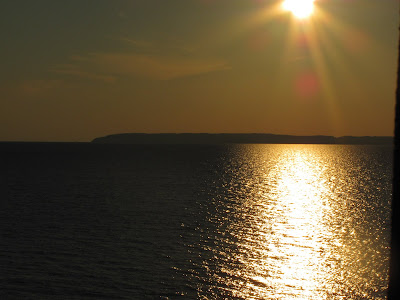 A breath-taking view of Lake Michigan and the South Manitou Island! Can you imagine watching the sunset every night?
Now, I must admit that my next reason for wanting to see the property, after meeting Laura Lee and her wonderful husband Ron, was to see the ship wreck off the South Manitou. I have been wanting to see this for so long and when my mom told me that you could see it from Laura Lee's house I was so excited!! 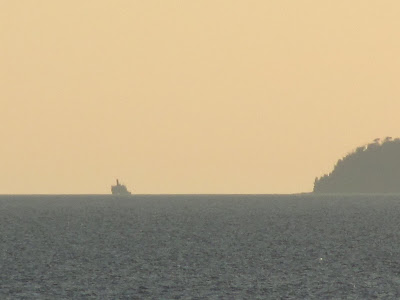 During the night of November 28/29, a snowstorm greatly reduced the visibility of the Fransisco Morazan and the ship was pushed off course on her way out of the Great Lakes. She then ran aground about 300 yards from the shore of the South Manitou Island. The wreck of the Fransisco Morazan is now the property of the State of Michigan.
As we were pulling away from the property I shot a couple more pictures of her barn and area around it. 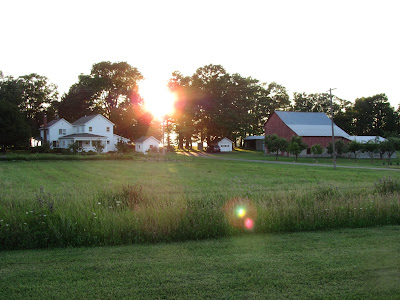 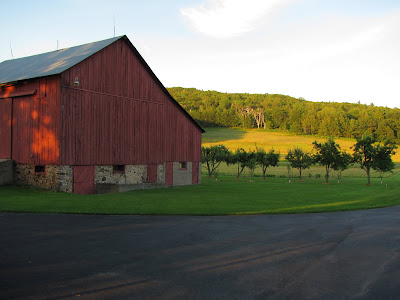 I has such a great night with my daughter and my mom and her friend and learning about a place that is filled with such history and beauty.
Thank you so much to Laura Lee and her husband for opening up your home to us and allowing me to take pictures. (so sorry that we scared you at first)
Posted by michelle at 7/22/2010 09:28:00 AM

You are a girl after my own heart. I love barns, old churches and country and old houses with porches etc... That post was pure eye candy for me. Thanks:) Hope you have a great weekend.

I am so glad to hear that! My husband thinks I am crazy when I go out and photograph old barns, buildings, you name it! The buildings in Northern Michigan are so beautiful and I love learning, or just imagining, what the history was behind them all. I have a few more that I will post about soon as well!

Thank you and you have a great weekend too!

Running is a Metaphor said...

You are a great photographer!

Love one another, but make not a bond of love: Let it rather be a moving sea between the shores of your souls. - Khalil Gibran

michelle
I am a busy mom, wife, daughter, sister, and friend who puts all my love into those things that are close to me. This is a blog about finding the simple things out of the everyday chaos and joy that comes with them!

Join the Party on Sundays 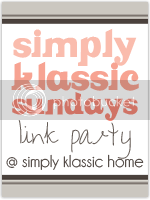 Inspiration by the Sea